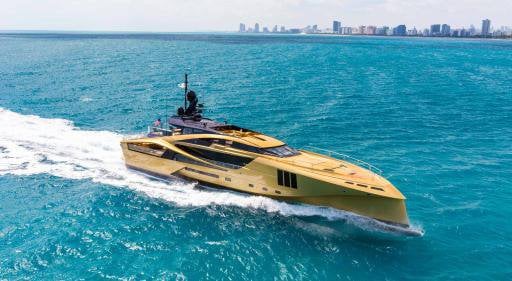 Discord has banned the server used by the controversial subreddit r/WallStreetBets for what it says are repeated violations of the company’s hate speech policies. The ban comes as the subreddit’s moderators briefly took the group private, saying they were struggling to keep up with an influx of new users.

A spokesperson for Discord said the ban was not a result of “financial fraud related to GameStop or other stocks,” but added that the company is “monitoring this situation” and will “cooperate with authorities as appropriate.”

“The WallStreetBets server has been on our Trust & Safety team’s radar for some time due to occasional content that violates our Community Guidelines, including hate speech, glorifying violence, and spreading misinformation,” a spokesperson said in a statement. “Over the past few months, we have issued multiple warnings to the server admin.

“Today, we decided to remove the server and its owner from Discord for continuing to allow hateful and discriminatory content after repeated warnings. To be clear, we did not ban this server due to financial fraud related to GameStop or other stocks. Discord welcomes a broad variety of personal finance discussions, from investment clubs and day traders to college students and professional financial advisors. We are monitoring this situation and in the event there are allegations of illegal activities, we will cooperate with authorities as appropriate.”

In an update posted on Reddit, Wall Street Bets moderators said that “Discord was the first casualty” of its success. “You know as well as I do that if you gather 250k people in one spot someone is going to say something that makes you look bad,” they wrote. “Discord did us dirty and I am not impressed with them destroying our community instead of stepping in with the wrench we may have needed to fix things.”

The moderators, who briefly took WSB private due to “technical difficulties,” said they were unable to keep up with the flood of new comments and posts coming into the group, which has grown to more than 3.7 million users on Reddit.

The subreddit, which dates back to 2012, has been credited with pushing GameStop’s stock to record highs in a move that has cost hedge funds billions. There’s been a huge amount of debate about the legality of what’s gone on in r/WallStreetBets and what, if anything, regulators should do about it, but regulators do seem to be taking notice. The S.E.C. put out a statement saying they were “actively monitoring the on-going market volatility,” without specifically mentioning GameStop. The Biden Administration is also reportedly keeping an eye on the situation.