Amazon Prime has some of the best TV shows. Initially, when Amazon entered the streaming market there were very few good shows. But now Amazon is investing more in its originals making the list bigger.

Amazon and Netflix are giving neck to neck to fight to lead the market. While Netflix has a higher number of subscribers, Amazon Prime subscription has more advantages.

Netflix has more shows and movies compared to Amazon but Amazon is attracting people with more good shows day by day. As a result, we get good options to binge-watch TV Shows. 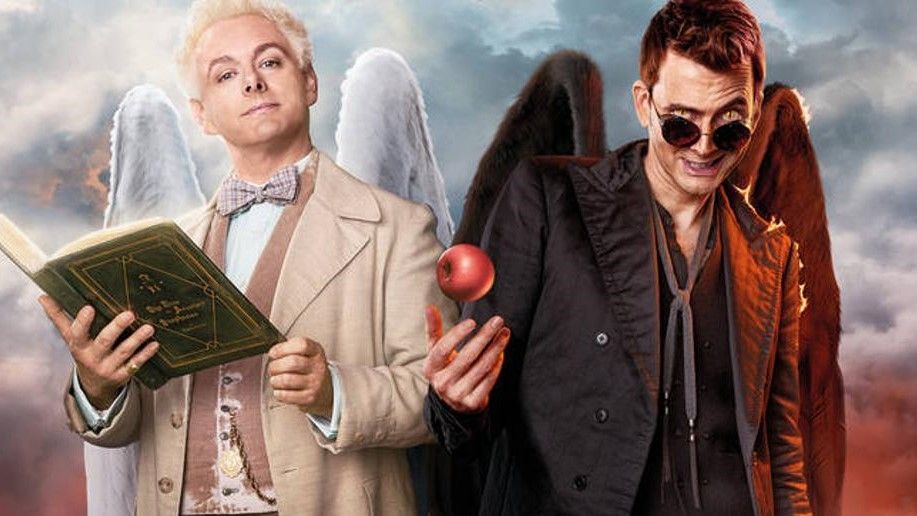 History has a huge impact on the future generation. Even though you are not part of it, it will be tagged to you and the impacts throughout the lifetime.

Hunters is one such show based on World War II. Jews who survived the barbaric Holocaust decide to take revenge on Nazis who are secretly residing in the United States by changing their names and occupation. The story takes place after three decades of world war and shows that the war was never over.

The famous Al Pacino as Meyer Offerman is the lead Hunter who gathers jews and plans strategic moves. The show has a series of intense actions, twists and turns. Hunters have got traction as soon as it was released and received mixed reviews from the audience. One of the exciting and binge-watchable shows on Amazon Prime Video.

This Golden Globe & Emmy award winner is one of the funny shows on Amazon Prime. The story is about a Housewife who finds her career in Stand-up comedy after getting ditched by her husband.

Mrs.Maisel is a happily married woman, mother of two, loves her husband, and is really happy with her life. However one night everything turns upside down which changes Mrs.Maisel’s life for good.

This series was set in 1958. Mrs.Maisel was blamed for the broken marriage even though it was not her fault. Her strength was compressed with the name of Housewife and her existence was always ignored. However, she becomes a role model for all such housewives and rocks the floor which was acquired by male chauvinists.

The show makes you laugh your heart out! Don’t miss this laughter bomb.

“Why do women have to pretend to be something they are not?”

A well-known law firm in New York hires a lawyer who doesn’t have a law degree! The main pillars of this firm are Jessica Pearson, Harvey Specter, Louis Litt & Donna. Mike Ross who joins this firm becomes an integral part of it. His smartness & close bonding with Harvey makes him one of the big shot lawyer.

However, things start falling apart when people come to know the truth about Mike. The law cases, personal stories, legal battle makes it one of the interesting show.

The cast and plot of this series are so perfect that you will be glued to TV once you start watching. It is addictive! Every person in this series is smart and vibrant giving the feel of real smartness.

My favorite character in this series is Donna. Ideally, there is no person exist who is as perfect as Donna! She can do anything possible.

“It’s going to happen because I am going to make it happen.”

Do you like crime thrillers? Then watch sneaky Pete! At least for the sake of Giovanni Ribisi, you should watch this show. He is just brilliant.

Sneaky Pete is the story of a man who adopts the name of his cellmate and joins his family. Since the family has not seen him from childhood they accept him as ‘Pete’.

A series of events takes place as he struggles to maintain his secrecy. Though he wants to move on with his new-found family, the past starts hunting him.

The show is full of secrets making it more interesting after each episode. You may miss the important twist if you blink 😉

“When a liar gets caught in a lie, they don’t come clean. They build a bigger lie.”

Amazon has the best legal drama shows. Goliath is one such story that revolves around the law, courts, law firm, lawyers, judgment, hearing, arguments, rights and wrongs.

Goliath is the name of the law firm built by Billy McBride & Donald Cooperman. Cooperman plays his dirty games and expels Billy from his own law firm. The new law case keeps Billy occupied but the associated risks make Billy’s life more problematic.

Goliath is a one-man show by Billy Bob who has delivered 200% with his performance.

“The only thing that is not forgivable is MURDER. Anything else I’d say you can forgive people for”

Gold was discovered in Southern Black Hills of South Dakota in 1874. This attracted miners who shifted to the Black Hills in search of fortune. The place was named as Deadwood because of the dead trees in that area.

South Dakota became a city of gangsters, robbers, illegal migrants and eventually one of the densely populated states of the US.

HBO bought this story as a show with name Deadwood and is now available on Amazon Prime. The cinematography, casting and dialogues are the main ingredients of Deadwood.

“I’d rather try touching the moon than taking on a whore’s thinking.”

The Good Wife is a mixture of legal battles, family drama, relationships, and politics. It brings everything on your plate and keeps you glued throughout the episodes.

Alicia is a mother of two, happily married to a state senator. After 15 years of happily married life and living in Highland Park of Chicago, Alicia comes to know that her husband was cheating on her. The issue becomes public and completely changes Alicia’s life.

After leaving her husband Alicia joins her friend Will’s law firm and becomes promising promising lawyer within a few months. Then the drama unfolds and there are a total of 7 seasons with almost 20 episodes in each season. It runs smoothly hence you can watch it without giving much work to your brain.

“When the door you have been knocking at finally swings open, you don’t ask why. You run through.”

Downton Abbey is the Soap Opera set in the early 20th century. It shows the life of British servants who worked for the rich estate people.

It was the time when equality was yet in the path of discovery. The owners were bossy and treated servants like slaves. Servants were supposed to do household chores, cook food, clean house, and everything that is ordered by their highness.

In those days, the concept of a male heir was very dominant in British families. If the people had no son then they used to adopt someone from their relatives. In Downton Abbey, a similar story revolves around showcasing the conflict of relations and greed for wealth.

Costumes, furniture etc resemble the 20th-century lifestyle. If you observe closely you can see very minute details indicated in throughout the show.

The Sopranos is a story of a man who involved in the Italian mafia. The story unfolds as Tony Soprano reveals his past in front of his therapist, Dr.Jennifer. He talks about his family, wife, kids, business, crimes, and everything in front of his doctor. Tony appears in every episode, presents himself on the table, and gives you all the options to judge him.

He is a criminal, involved in illegal activities, doesn’t respect women, powerful but he has another face of being a family man.

The Sopranos contains all the elements of a gangster story but is the making is different. The story, cast, and direction of ‘The Sopranos’ are top-notch making it one of the best shows in the history of TV shows.

“Hey, I don’t even let anyone wag their finger in my face.”

Fleabag is the one-woman show created and acted by Phoebe Waller-Bridge. It is a story young woman who struggles to find a track in her life.

The show has dark humour and is absolutely feast to watch Phoebe on screen. The second season of Fleabag received more positive responses compared to the first season.

There is a family drama, relationship chaos, dilemma, sex and everything that happens in young women’s life. The story is written perfectly to make the audience glued to the TV and binge-watch the series.