The new European data protection law requires us to inform you of the following before you use our website:

We use cookies and other technologies to customize your experience, perform analytics and deliver personalized advertising on our sites, apps and newsletters and across the Internet based on your interests. By clicking “I agree” below, you consent to the use by us and our third-party partners of cookies and data gathered from your use of our platforms. See our Privacy Policy and Third Party Partners to learn more about the use of data and your rights. You also agree to our Terms of Service.

SpaceX’s upgraded cargo Dragon spacecraft is on its way to the International Space Station after launching atop a Falcon 9 rocket from Launch Complex 39A at NASA’s Kennedy Space Center in Florida. Liftoff occurred at 11:17 a.m. EST.

The first launch for SpaceX under NASA’s second Commercial Resupply Services contract, CRS-21 will deliver supplies, equipment, and materials to directly support dozens of the more than 250 science and research investigations that will occur aboard the orbiting laboratory during Expeditions 64 and 65.

Included in this delivery is the Nanoracks Bishop Airlock, the first commercially owned and operated airlock that, once installed, will provide a variety of capabilities to the space station, such as payload hosting, robotics testing, and satellite deployment. It also will serve as an outside toolbox for crew members conducting spacewalks. 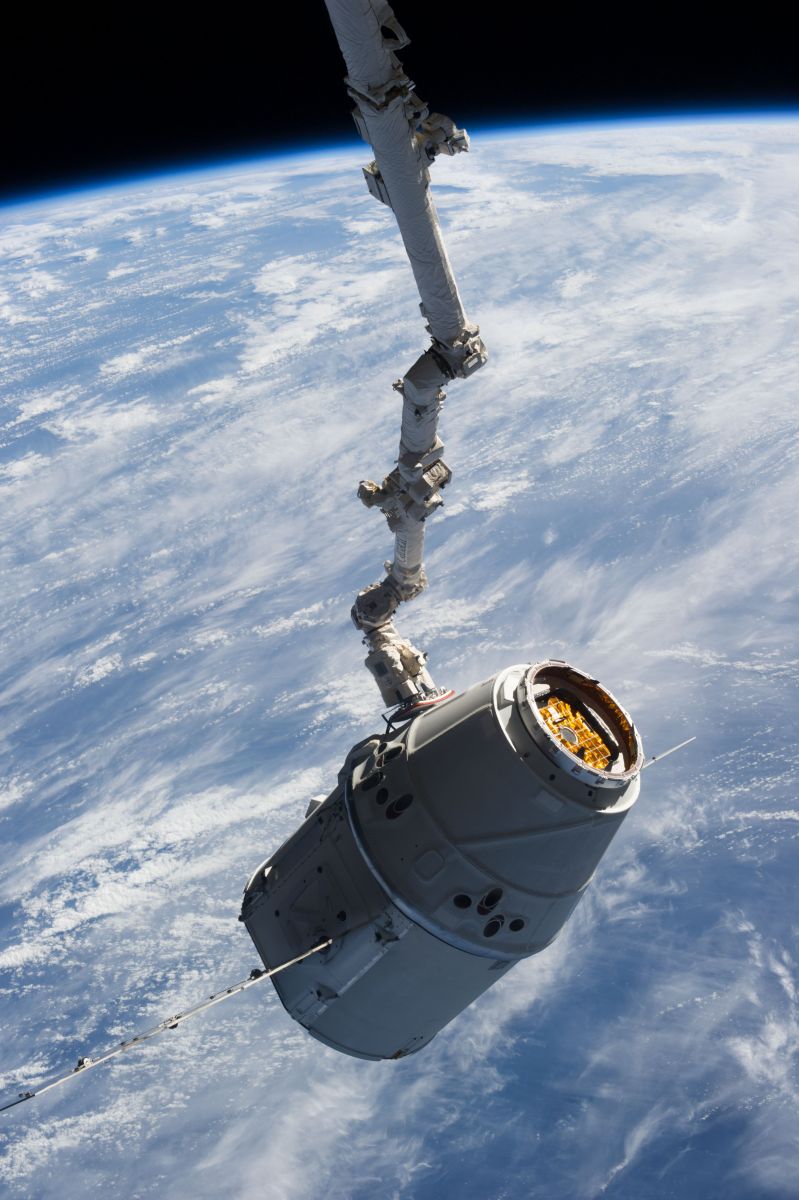 Dragon is scheduled to arrive at the space station tomorrow, Dec. 7. At approximately 1:30 p.m. EST, the spacecraft will autonomously dock to the station’s Harmony module – the first automated docking for a SpaceX cargo resupply mission. Live coverage will begin at 11:30 a.m. EST on NASA TV and the agency’s website. NASA astronauts and Expedition 64 Flight Engineers Kate Rubins and Victor Glover will monitor docking operations.

Cargo Dragon’s arrival at the space station will mark the first time two Dragon spacecraft will be docked to the orbiting laboratory at the same time. The Crew Dragon spacecraft, named Resilience, that brought the Crew-1 astronauts has been docked since its arrival on Nov. 16.

The cargo Dragon spacecraft will remain attached to the space station for about one month, after which it will return to Earth with 5,200 pounds of research and return cargo, splashing down in the Atlantic Ocean.