Re: EVPEncryptFinalex I think of it as all EVP.Update functions are always ready to consume more data and you can call them multiple times until all data is digested. All EVP.Final and EVP.Finalex functions are 'commit and finalize' and quite often they are the core of the operation (like producing a signature of the final digest). Fix CVE-2016-2106 - possible overflow in EVPEncryptUpdate - fix CVE-2016-2107 - padding oracle in stitched AES-NI CBC-MAC - fix CVE-2016-2108 - memory corruption in ASN.1 encoder. EVPEncryptUpdate int EVPEncryptUpdate(EVPCIPHERCTX.ctx, unsigned char.out, int.outl, unsigned char.in, int inl); in から始まる inl バイトのデータを暗号化し，out に出力する． out に書き込まれたバイト長が outl に設定される．.

Disclaimer: I am NOT a crypto expert. Don’t take the information here as 100% correct; you should verify it yourself. You are dangerously bad at crypto.

This post details the EVP functions for RSA. If you’re looking for a pure RSA implementation or want something in C rather than C++, see my other post on this.

In my seemingly endless side project to implement RSA and AES encryption to my Alsa Server project, I wrote a while ago about doing simple RSA encryption with OpenSSL. Now, I’m here to say that I was doing it all wrong. In my first post about RSA encryption and OpenSSL my code was using the low level RSA functions when I should have been using the high level EVP (envelope) functions, which are much nicer to work with once you get the hang of them.

Being that this code is eventually going to be merged in my Alsa server project, I went ahead and also implemented AES encryption/decryption and put everything in an easy to use C++ class.

I assume that readers are familiar with encryption and OpenSSL terminology (things like IV, key lengths, public vs private keys, etc.). If not, look it up since there are much better explanations out there than I could write.

Why use the EVP (envelope) functions for RSA encryption rather than the actual RSA functions? Becasue the EVP functions don’t actually encrypt your data with RSA. Rather, they encrypted a symmetric key with RSA and then encrypt your data with the symmetric key. There’s a few reasons for this. The main one being that RSA has a max length limit to how much data can be encrypted at once. Symmetric ciphers do not have this limit. If you want pure RSA, see my post about that, otherwise, you probably want to be using the EVP functions.

Moving on. First up, since all the code presented is in various functions from a class (full listing is at the end), let’s look at the class members, and constructors first to understand where some of these variables are coming from. Below are all the class members. I know, not exactly intuitive, but bear with me.

So now we need to initialize all these guys. In the class there are two constructors, each with different arguments so let’s look at the default constructor for simplicity’s sake. 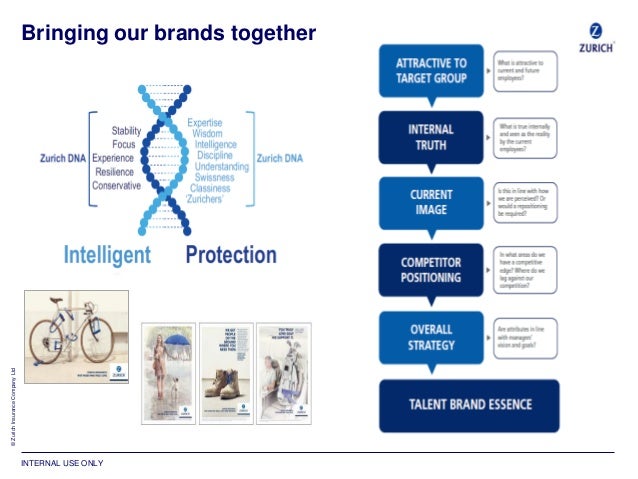 The RSA keys are just set to NULL because their values will be initialized later when the RSA/AES functions are called. The #ifdef line certainly peaks some interest. Since this class is eventually going to be dropped in a server, it will be using the client’s public key to encrypt data, but we don’t have a client yet, so we define a fake client and generate another RSA key pair to simulate a client. The process of generating this key pair is identical to how we’re about to generate the key pair for the server so let’s look at this. This is all contained in the init() function.

There’s a lot of strange function calls in here. Most of this function deals with the OpenSSL API and how to generate keys and initialize EVP contexts. I’ll give a high level overview here, but the best way to understand this process is to read up on documentation. The first thing we do is allocate the proper amount of memory for the EVP contexts and then called the EVP_CIPHER_CTX_init() function which does some magic to initialize them. Then we use a few RSA functions to generate the RSA keys for the server. Again, the documentation for these functions will help you understand better than my explanation can, but you’ll see a pattern emerge, initialize the context, pass it along with some options and an output argument to a function and you’ll get what you want. It’s the same way for RSA. We initialize the key context with EVP_PKEY_CTX_new_id() and EVP_PKEY_keygen_init(), set the key length to use with EVP_PKEY_CTX_set_rsa_keygen_bits() (see the full listing for the actual length if you really need to–2056 bits is sufficient for most cases; use 4096 if you’re paranoid) and then actually generate the keys with EVP_PKEY_keygen().

The AES key is much simpler; it’s just random data so we call RAND_bytes() to get the number of random bytes needed for the AES encrypted key and IV. There is also the option to use the EVP_BytesToKey() function which is a PBKDF. This function, as I called it, will generate a 256 bit key in CBC mode, with a salt and passphrase that are random data (the password being random data is just for demonstration purposes). The number of rounds (or count as the documentation calls it) is the strength of randomness to use. Higher numbers are better, but slower.

I mentioned above that we generate a separate client key pair for testing. I won’t do a write-up on it since it’s the same process as generating the server key pair, only we store the keys in their own variables of course, but you can see the genTestClientKey() function in the full code listing below for how this is done.

On to the fun part, the actual encryption. Let’s start with AES since it’s a little easier to understand. The AES encryption function:

The arguments are probably as you would expect, the message to be encrypted, the length of that message, and an output string for the encrypted message (which should just be a NULL pointer unless you like memory leaks).

The first step is allocate memory for the encrypted message. Because the message will be padded for extra space left over in the last block, we need to allocate the length of the unencrypted message plus the max size of an AES block to make sure there’s enough room in the buffer.

A pattern quickly emerges when doing encryption/decryption with both AES and RSA. First there’s a call to an init function, EVP_EncryptInit_ex() in this case, then a call to an update function, EVP_EncryptUpdate() here and finally a call to a finalize function, or EVP_EncryptFinal_ex(). Each of these functions has two versions, a “regular” one and one suffixed with _ex. The _ex versions just provide a few extra parameters. See the documentation for the exact differences; I only used the _ex functions where necessary.

So, a little more info on the encryption process. First, we call the init function to initialize the context for encryption. Then the update function actually starts encrypting the message. This may involve multiple calls to the update function so if you were say, encrypting an entire file, you could read the file line by line, calling the update function as you read each line to encrypt it in a loop. In this case, we’re only encrypting a single message so we only need to call it once. The update function will return the number of bytes that were encrypted. It is our responsibility to keep track of the total number of bytes encrypted and to advance the encrypted message pointer for each subsequent call to the update and finalize function, otherwise you will be overwriting previously encrypted data. I bold this because the documentation does not make reference to this and was the source of much confusion when I was originally writing these functions. Thankfully, one of the smart people over at Stack Overflow helped me out. Now, the last step is to finalize the encryption. This is will pad extra space in the buffer to fill up the last block and then that completes the encryption! In my function I update the number of bytes encrypted and return that to the caller. It is important to return the number of bytes encrypted so the caller can keep track of the encrypted message length because it is now a binary string and calling strlen() on it won’t give the correct length. Though it’s possible to convert it to base64.

Lastly, clean up the context to avoid memory leaks. 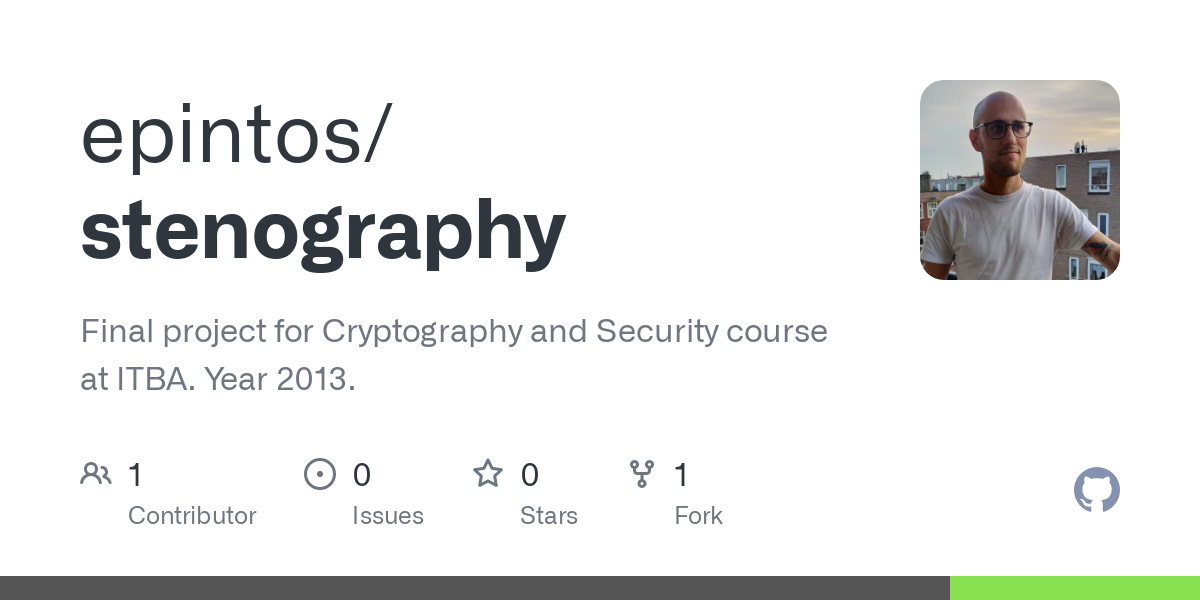 From here we init the context again, call the update function (only once since we only have one message) and then finalize it all while keeping track of the number of bytes that were encrypted.

Once again, the decryption is similar to AES decryption so I won’t go into much detail. One interesting note, however, is the #ifdef. This is where the client key pair I made in the init function way above comes into place. Because this is all just a test of the crypto functions, I don’t have a client to give me a public key from yet. So we generated an extra key pair at the beginning to simulate the client’s keypair key with. In the future, decryption will be done with the server’s private key and we will, of course, not have access to the client’s private key so that’s where the #ifdef comes from.

Other than that, the typical init, update, finalize process is in effect again. After decryption we have a regular char string again so don’t forget about the null terminator.

Okay, so we have all these functions now. How about seeing them in action? First, let’s look at how to compile this guy.

So here we have debugging and warnings turned on. class_test.cpp is my main file and Crypto.cpp is my class with all the encryption/decryption functions in it. The key part is linking with the OpenSSL library, called the crypto library at the end of the command. Note that like all libraries with g++, it must be after the source files. Also, make sure you have a recent version of OpenSSL. I wrote this with version 1.0.1. YMMV with other versions.

Finally, let’s run this guy with a test program (available on GitHub at the link below):

Arrested Development references aside, you can see that it, at the very least, does encrypt and decrypt our messages. You’ll notice that the output has been converted to base64 so it can be printed out as a regular ASCII string.

Full code listing (and more!) is available on GitHub.

On Mon, Apr 8, 2013 at 9:31 AM, Krzysztof Konopko <[hidden email]> wrote:
I think of it as all EVP_*Update() functions are always ready to consume more data and you can call them multiple times until all data is digested. All EVP_*Final and EVP_*Final_ex() functions are 'commit and finalize' and quite often they are the core of the operation (like producing a signature of the final digest).
So you always do the following:
- update (1..many)
In your case (as in any other), yes, you need to call EVP_EncryptFinal_ex().
Cheers,
2013/4/8 Taraniteja Vishwanatha <[hidden email]>
I am using EVP APIs to do AES 256 encryption. I have a question regarding EVP_EncryptFinal_ex. The documentation says this API is used to encrypt the last few bytes if any remaining.
Is this API required? I am allocating the cipher text size before passing into EVP_EncryptUpdate in the order of AES_BLOCK_SIZE (16).
So for example my plaintext length is 20 bytes, I am allocating cipher text as 32 bytes before passing into EVP_EncryptUpdate.
Will I need to use EVP_EncryptFinal_ex regardless of the length allocated?
Tarani