In this series, we take a look at the London-set TV shows and films to enjoy on various streaming platforms (we've also cast an eye over BBC iPlayer and Netflix). We continue with Amazon Prime.

Amazon Prime is something of an oddity. Subscribers get plenty of good content (especially films and Amazon original TV) included as part of their monthly subscription, but still have to pay a rental fee for the lion's share of the movies and almost all third-party TV.

We've broken this article into two halves: included in subscription, and not-included.

Note: streaming services add and remove content all the time. We will try to keep these articles up to date, but always check with the service for the latest details. 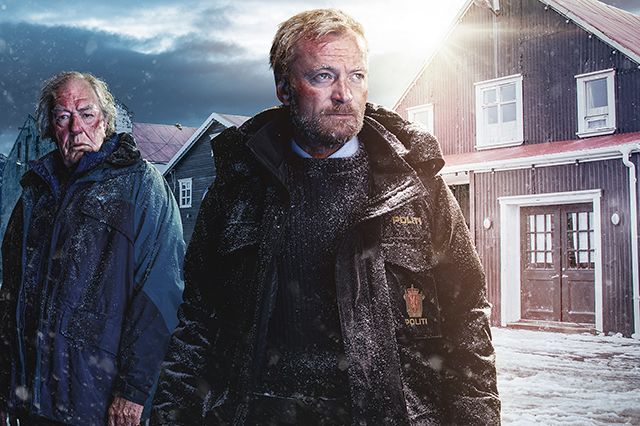 Legend stars Tom Hardy and... Tom Hardy as the Kray twins. This 2015 film is a pretty decent take on a familiar story, this time told from the point of view of Reggie's girlfriend Frances (Emily Browning). London plays a large part in the film, from the opening skyline shot of 50s London with Bankside and Battersea power stations smoking away, to the East End back streets and Rivoli ballroom scenes. Primers might like to compare this with a number of other Kray-related films: Rise of the Krays and Fall of the Krays, The Krays: Dead Man Walking and a bunch of documentaries (most to much lesser acclaim).

The dysfunctional elements of London society are also examined in Ben Wheatley's High-Rise (2016). In this slick JG Ballard adaptation, Tom Hiddleston plays a doctor who moves to a brutalist west London tower block. Civil war soon breaks out between the various floors, with plenty of violence, sex and dog eating.

John Le Carre's 1974 novel Tinker, Tailor, Soldier, Spy was published around the same time as Ballard's High Rise, but made it to the big screen five years earlier (2011). Much of the action takes place in London, as a bunch of spies hunt down a Soviet double agent. It's a classy if at-times-confusing affair, starring every famous male actor you've ever heard of.

Ripper Street is one of the few London-set TV shows that is available free to subscribers of Amazon Prime. That's because Amazon underwrote the filming of seasons three through five, after taking over from the BBC. The Whitechapel-based police drama begins in the aftermath of the Ripper crimes, and continues over the five seasons into the turn of the 20th century. This is a hugely enjoyable series, well acted and portrayed, though we'd love to have seen a few more location shoots.

After working together on 2014's The Theory of Everything, Felicity Jones and Eddie Redmayne reunite in The Aeronauts, a film about going really, really high in a hot air balloon. Look out for shots of Victorian London, including Regent's Park and Royal Naval College in Greenwich.

Disobedience tells a story of forbidden love in the north London Orthodox Jewish community, with memorable performances by Rachel Weisz and Rachel McAdams.

Meanwhile, shockingly naff action adventure film (although it's so dire it could be filed under comedy, below), London Has Fallen, sees terrorists take over every street, train station and garden shed in the capital. Worth watching if you enjoy shouting words of mockery at your screen. It's free, thankfully.

As you might expect from a film by one half of Adam and Joe (the latter), Attack the Block (2011) draws on many genres and cultural references in a heady mix of horror, sci-fi and comedy. The film sees an angry, bitey troop of aliens (above) invade the now-demolished Heygate Estate. Its residents form an uneasy alliance to ward off the beasties. Great fun. 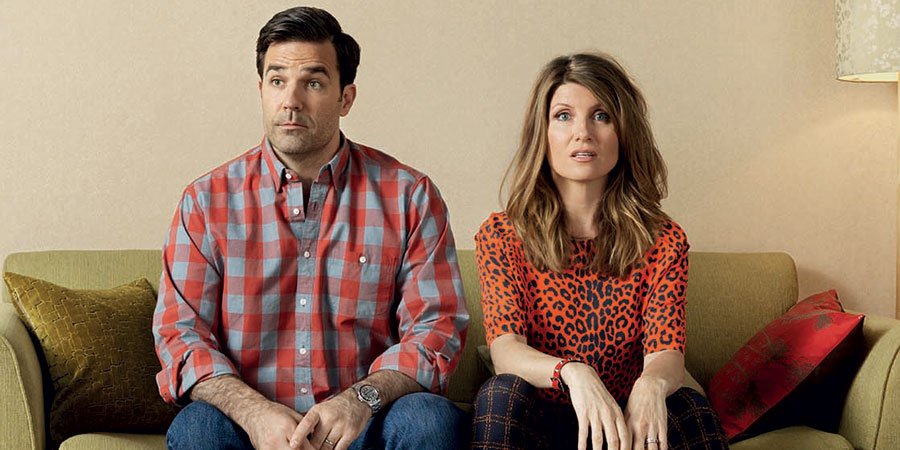 Four Lions (2010) brings Chris Morris's brand of surreal, biting satire to the big screen. The film follows a bunch of inept, wannabe jihadis as they plan an attack on the London Marathon.

From terrorism to traditions, with Richard Curtis' ensemble rom-com Love Actually. Save yourself the hassle of digging out the DVD every Christmas and just pull it up for free on Amazon Prime instead. 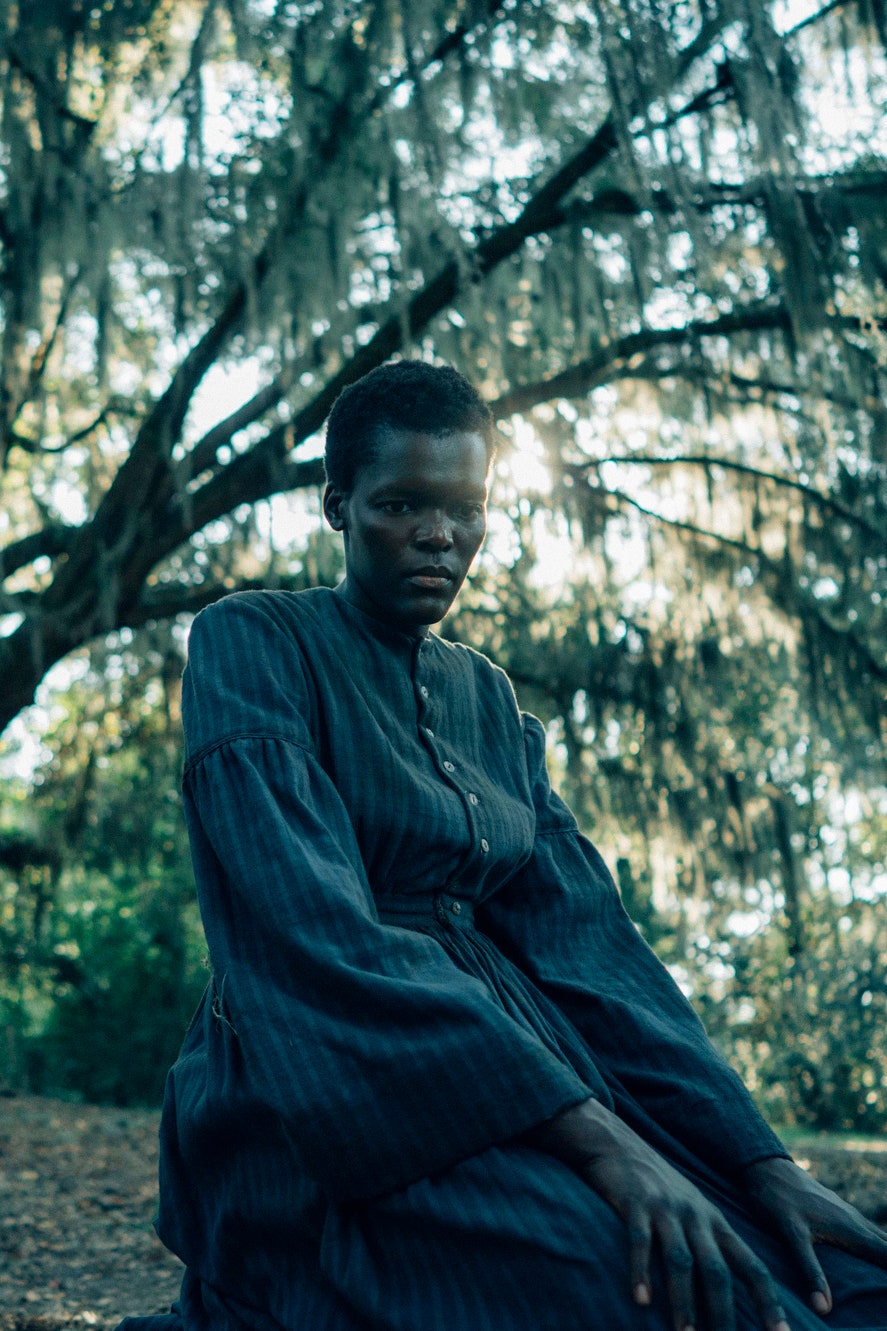 Got cockles in need of a good warming? Paddington and Paddington 2 are both utterly charming, show off London marvellously, and we defy anyone who says otherwise. A rare instance of a sequel being even better than its predecessor.

The following list is not comprehensive, but reflects films we think are definitely worth seeing. Most can be rented for around £2.50, or purchased for a slightly more.

28 Days Later: Danny Boyle's masterful (at least the first half) zombie flick, particularly noted for its opening scenes in a deserted London. Underrated sequel 28 Weeks Later is also available, and just as Londony.

An American Werewolf In London: At turns funny and then truly frightening, this 1981 horror flick has dated somewhat, but is still worth watching if only for scenes at Tottenham Court Road tube station.

Blow Up: Michelangelo Antonioni's much admired 1966 film about a David Baliey-esque photographer who thinks he's captured a murder on film. Includes plenty of London shots. In a not dissimilar vein, the 1968 film Performance starring Mick Jagger is also available.

Brick Lane: Decent adaptation of Monica Ali's novel about a young Bangladeshi woman trapped in an oppressive relationship in the East End.

Children of Men: It hardly comes more dystopian than a future London where nobody can have children. Look out for a memorable scene inside a revamped Battersea Power Station (complete with flying pig).

Frenzy: Perhaps Hitchcock's most Londony film, and one of his last, sees a serial killer hanging out in Covent Garden Market.

Kidulthood: Bitterly bleak, this 2006 British drama centres around a group of west London teenagers and their lives filled with drinking, violence and crime. 2008 sequel Adulthood can also be rented, while the final instalment in 2016, Brotherhood, is free.

Lost in London: Actor, Woody Harrelson had a batshit night out in Soho, and decided not only to make a film recreation about it, but live stream it into cinemas around the world. Seriously. If you missed it live in 2017, here's your chance to see it.

Mary Poppins: Everybody step in time! Both the 1964 original and the 2018 remake available to rent.

Oliver!: Where would this list be without a bit of Dickens? The cracking 1969 musical version is available to stream, along with David Lean's 1948 adaptation (free with your subscription) and Roman Polanski's 2005 effort.

Passport to Pimlico: Likeable Ealing Comedy about a Pimlico community that declares independence from the rest of the UK. Look out for other Ealing classics on Amazon Prime, such as The Lavender Hill Mob and The Ladykillers (set in King's Cross).

Shaun of the Dead: Comedy zombie romp with Simon Pegg and Nick Frost. A good laugh if (dare we say it?) slightly over-rated. The duo return with Hot Fuzz, also available on Prime, to tackle criminals rather than zombies.

Sherlock Holmes: It pales beside the contemporary Cumberbatch TV show, but Guy Ritchie's 2009 movie with Robert Downey Jr at the centre is still a decent and original outing for the detective. Sequel A Game of Shadows (2011) is also available, but you're better off spending your readies on Mr Holmes (2015), Ian McKellen's take on an aged, retired Sherlock set in 1947 (though not London).

Also in this series