With Netflix increasingly focused on promoting their impressive lineup of original programming, I find myself turning more and more to Amazon Prime for great older titles, often lovingly referred to as “classics.”
The word “classic” is defined as “that which is judged over a period of time to be of the highest quality and outstanding of its kind.” In the realm of film, it’s always astounded me how many titles meet the high standard of being a classic without being particularly well-known, except to rabid film fanatics like myself.
You know “Casablanca,” but how many of you have heard of another Bogart winner: “In A Lonely Place” (1950)? They’re both classics. If you like Kirk Douglas you’re bound to know “Spartacus” (1960). But what about “A Letter to Three Wives” (1949)? Again, both fit the definition of “classic”.
Here then are 12 lesser-known “classics” you can readily stream on Amazon Prime. Watch a few, and you’re bound to wonder why they’ve been forgotten.

Legendary silent clown Buster Keaton, who did all his own stunts, plays a wimpy steamboat operator who works a thankless job assisting his macho Dad on the river. Then a turn of events allows the younger Bill to show his true mettle. Don’t miss that tornado scene!

You think you’ve seen it, but you haven’t! This original, early Technicolor film (on which the glossier 1954 Judy Garland musical was based) is every bit as good, highlighted by a heartbreaking turn by Fredric March as the alcoholic Norman Maine.

Noel Coward portrays a stoic British Navy Captain commanding a destroyer during the dark early days of World War 2. The film, co-directed by a young David Lean, was based partly on the exploits of Coward’s friend, Lord Louis Mountbatten.

Dana Andrews leads a battalion (including Richard Conte and Lloyd Bridges) against the Nazis in war-torn Italy. As they confront their next mission, each man looks back on his life and tries to make sense of it all. An intelligent, illuminating war film.

Simmering drama has Van Heflin returning to his hometown and reuniting with two old friends (Barbara Stanwyck and Kirk Douglas) who are now prominent citizens but share a shocking secret only their long-lost friend could expose.

In this, their third pairing, Humphrey Bogart plays a fugitive wrongfully convicted of murdering his wife who undergoes plastic surgery to escape detection, while Lauren Bacall is the young woman who harbors him, convinced of his innocence.

Anthony Mann’s noir stars Dennis O’Keefe as an escaped convict pursuing the crime boss who framed him (Raymond Burr). Along the way, a perverse triangle forms between him, his moll (Claire Trevor) and the social worker he takes hostage (Marsha Hunt).

In the role of a lifetime, Kirk Douglas plays an up-and-coming middleweight boxer whose utter ruthlessness to get a title shot causes him to discard or trample over anyone who stands in his way. This caustic drama helped cement Kirk’s stardom, and no wonder! 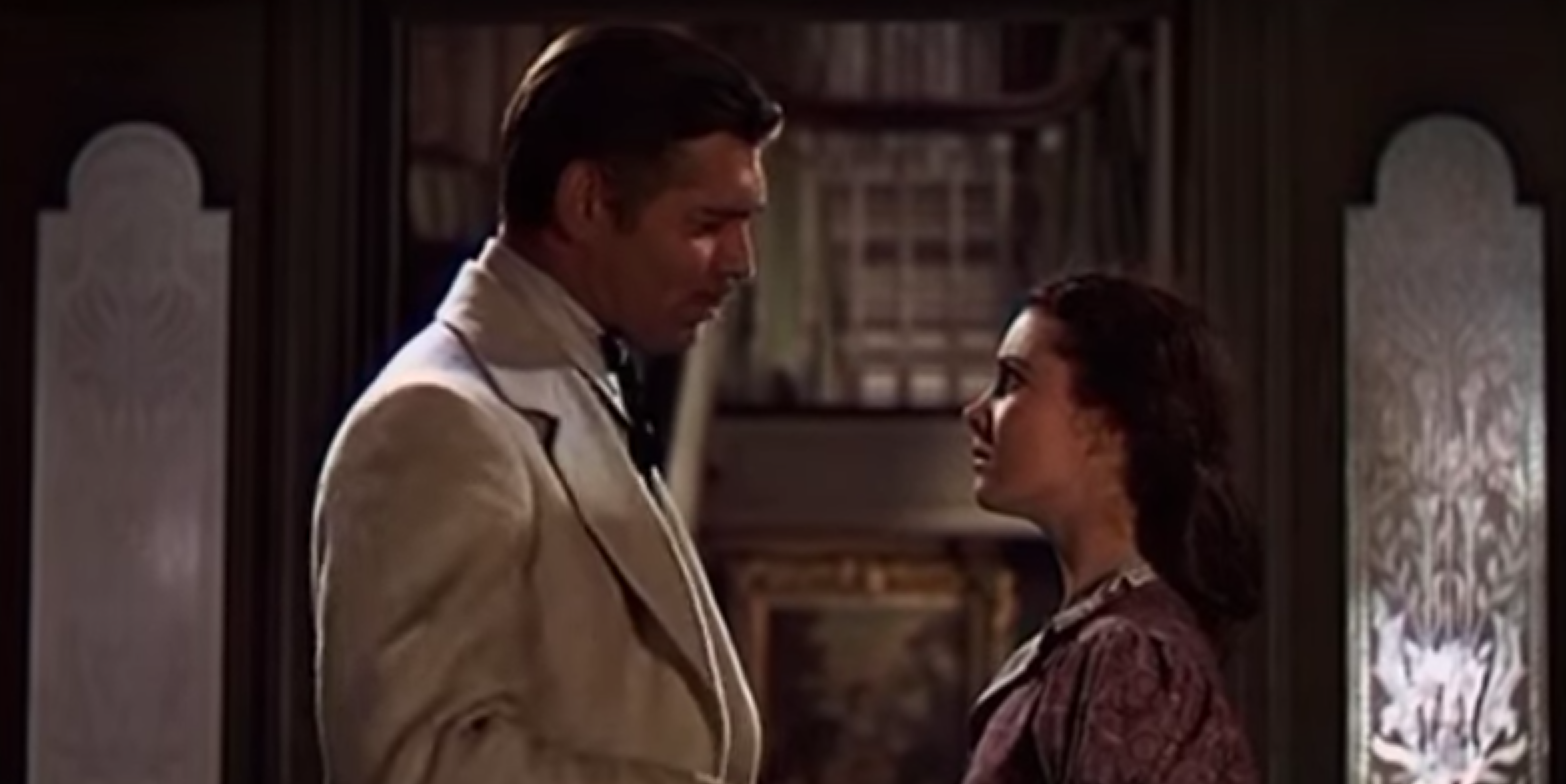 Henry King’s Western features Gregory Peck as an infamous gunslinger who wants to start a new life, and tries to convince his estranged wife (Helen Westcott) to join him. Yet the brothers of the man who drew on him and got killed are also hot on his trail.

This groundbreaking film casts Frank Sinatra as a card dealer trying to kick his heroin habit to become a jazz drummer. Kim Novak is the neighborhood girl who cares about him. Darren McGavin nearly steals the movie as his smarmy pusher.

More: 12 of the Best Black and White Movies Streaming on Netflix

Other than the fantastic Criterion Channel, which is unfortunately unavailable outside the USA and Canada, and UK’s streaming service BFI Player, Amazon Prime is the best place for lovers of older, classic movies. From 1920s silent films to forgotten gems of the 1990s, Amazon Prime’s vast catalogue has a surprising amount of classic films, yet most of them are buried beneath the endless amount of more recent films.

The titles presented on this list are by no means obscure classics that no one has ever heard about, yet they are still not talked about enough, and chances are you’ve never watched some of them. In no particular order, here are our choices for 10 great movie classics on Amazon Prime you may have missed.

Even though it is not Chaplin’s best work, “The Circus” is definitely worth a watch. Technically innovative, filled with energetic slapstick, constantly entertaining, and containing some of Chaplin’s funniest gags, the film might lack the depth of “City Lights”, but when it comes to pure comedy, it is just as great.

One of Woody Allen’s silliest films, “Love And Death” is a funny parody of 19th century Russia in the vein of the films of Mel Brooks or Monty Python.

Set in the czarist Russia, the film stars Allen as Boris, a coward intellectual who becomes a soldier, accidentally gets decorated as a war hero, falls in love with his beautiful and pretentious cousin Sonja (Diane Keaton), and devises a plot to assassinate Napoleon.

Entertaining, filled with over-the-top gags, zany characters, quotable one-liners, and moments of characteristic philosophical debate, “Love And Death” is much more cartoonish than Allen’s more famous films, but clever enough not to fall in the category of mindless comedies.

Perhaps the most known film on this list, Robert Altman’s adaptation of Raymond Chandler’s novel 1953 “The Long Goodbye” is a suspenseful neo-noir that stars Elliot Gould as the charismatic Philip Marlowe, a private detective who finds himself in the middle of a mysterious case that includes a missing man, a murdered wife, violent gangsters, and corrupt Mexican cops.

Set in the moody backdrop of 1970’s Los Angeles, Altman’s film is filled with night scenes, cigarette smoke, and quirky characters. Even though at its base a murder mystery, “The Last Goodbye” subverts genre expectations and takes its plot in unexpected directions. The result is a unique film that is as much a hard-boiled detective story as it is a dark comedy, an examination on the frailty of friendship and trust or, as Altman himself called it, “a satire in melancholy”.

When their son Val decides to get married to a woman with ultraconservative parents (played by Gene Hackman and Dianne Wiest), Armand has to pretend to be straight while meeting his soon-to-be inlaws, while Albert presents himself as Val’s straight uncle. The results are, as expected, hilarious.

An aging Chinese chief has to come to terms with old age, while his three daughters try to make their way in life and romance in “Eat Drink Man Woman”, the third film in Ang Lee’s “Father Knows Best” trilogy.

Perfectly balancing comedy with drama, the movie touches many important themes, from the generational gap and the divergence of moral values between parents and children to family and gender roles, death and aging, religion, and globalization. However, the film’s powers reside in its well-constructed, real-like, and very likable characters. Rarely does a film with multiple protagonists manage to keep each one’s story interesting, yet Ang Lee’s characters are authentic, with quirks that make them so different from the usual Hollywood protagonists, and it’s practically impossible not to root for them all.

Overshadowed by Lee’s more acclaimed films such as “Crouching Tiger, Hidden Dragon”, “Brokeback Mountain” or “Life Of Pi”, “Eat Drink Man Woman” has become somewhat of a hidden gem in the director’s catalogue, so if you’ve missed it, we strongly suggest you check it out. Just make sure not to be on an empty stomach: there is so much food in this film and it all looks so great!