Upload on Prime Video on May 1, 2020 Upload is a sci-fi comedy series. It stars Robbie Amell (Code 8), Andy Allo (Pitch Perfect 3), Kevin Bigley (Undone), Allegra Edwards (New Girl), and Zainab Johnson (American Koko). There will be 10 episodes available on May 1, 2020.

“I feel completely real and alive,” Nathan (Robbie Amell) says of his digital afterlife in the first episode of Upload. Amazon Prime Video

Greg Daniels’ new Amazon Prime Video series Upload turns the afterlife into a very familiar place. In the show, Nathan (Robbie Amell) is uploaded to a sort of Four Seasons deluxe V.R. estate after he suffers a fatal car crash. He can still call and chat with his living friends and family, but can never leave the “digital afterlife program” that serves as his version of heaven.

Upload presents a less than perfect take of the afterlife. Aside from being unable to go back to a physical body, Nathan’s seemingly perfect, high-end resort ends up playing more like a freemium game, complete with DLCs for food, clothing and loot boxes. It’s basically The Good Place by way of Parasite. Though Upload is far from the first TV show to take place in the afterlife—that was The Good Place‘s bread and butter after all—the Greg Daniels comedy is also part of a recent wave of TV shows using computer simulations to give us a glimpse into heaven—and they usually end up about as scary and bad as you’d expect.

The dark comedy, sci-fi show Black Mirror first explored the idea of the afterlife as a simulated reality in “San Junipero” which ends with a shot of a massive warehouse filled with thousands upon thousands of blinking hard drives, presumably housing all the residents of San Junipero. Though this afterlife is full of ’80s nostalgia and endless parties, the show does ask the question of whether a simulated reality version of you is really you, which is a question that always comes up in this type of story. Similarly, before he explored what the robot uprising could look like in Westworld, Jonathan Nolan showed us what it could look like if a machine knew enough about us to make a copy of our minds in Person of Interest.

Though not a big part of the show, after one of the main characters in Person of Interest dies, the artificial intelligence at the center of the show starts speaking with the voice of the dead character, and takes on part of their personality. The show’s explanation is that the machine remembers all the main characters and knows everything about them, so it can replicate them as perfect simulations, essentially letting them live forever.

Upload doesn’t try to hide the fact that its afterlife, and its inhabitants, are at best a computer interpretation of what humans are. In the first episode of the show, a customer service representative named Nora (Andy Allo) builds Nathan’s virtual avatar as she downloads all his memories into the virtual afterlife. The problem comes when some of the memories seem to be corrupted, however, which becomes a big part of the show’s plot. Similarly, it seems like you can’t ever alter your avatar, as Nathan tries across a few episodes to change the weird haircut Nora chose for him, unsuccessfully. Meanwhile, one of the resort’s residents died as a kid, but never grows up in the afterlife, even if his siblings and friends kept getting old in the outside world. The people inside Upload‘s afterlife turns people into essentially pieces of data, which can be paused, altered and completely erased at the push of a button.

Season 2 of Westworld spent some time exploring the flaws and futility of using technology to achieve immortality. The show reveals that the purpose of the titular park was to gather data on guests in order to copy the consciousness of billionaire guests and build them robot bodies so they could live forever. The season 2 episode “The Riddle of the Sphinx” introduces a host version of the park’s owner, James Delos (Peter Mullan), but only it’s faulty, barely capable of speech and incapable of going off-script or thinking like an actual person.

The show’s version of the afterlife, The Forge, takes 18 million virtual versions of Delos before it found a copy faithful enough to recreate the decisions the real Delos made in the park, and then even after 149 host versions were produced, it was still far from a perfect simulation. Even if Westworld argues that even if human beings are so simple beings that we amount to just about 10,000 lines of code, the Delos project is still never able to produce a host copy that’s true to the original human.

In Alex Garland’s Devs, Forest (Nick Offerman) pursues his own simulated afterlife, a mission Lily (Sonoya Mizuno) gets caught up in. Raymond Liu/FX 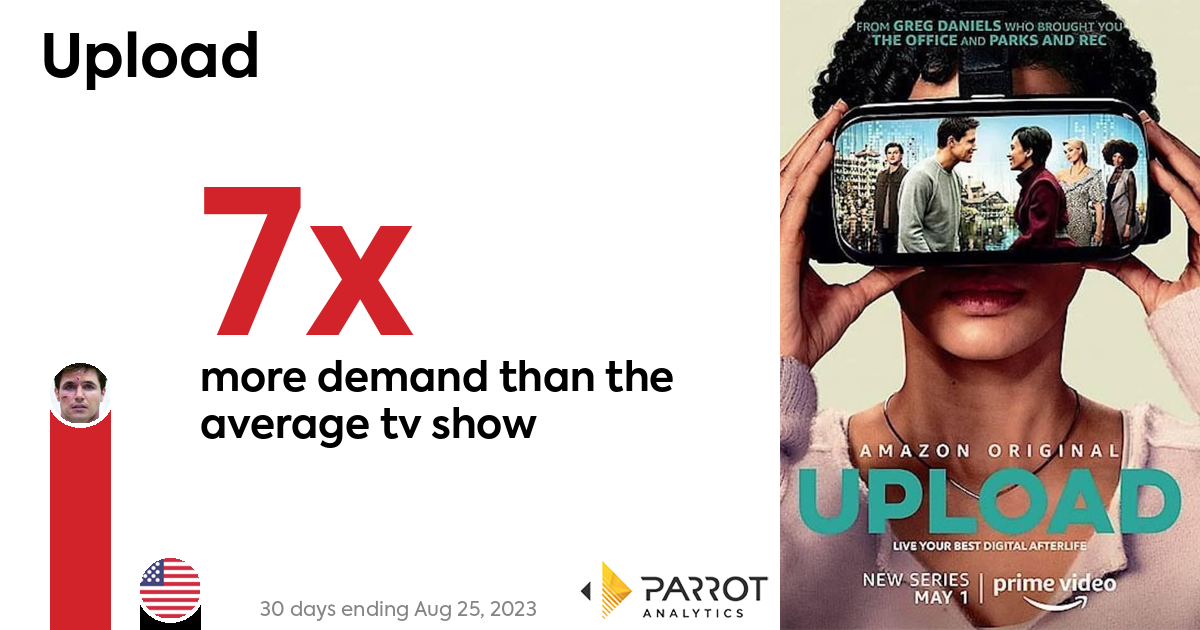 Alex Garland imagines a similar nightmarish afterlife for his sci-fi drama Devs, which involves a plan to have people, more specifically just one rich Silicon Valley guy, live forever in a simulation. In the show, Forest (Nick Offerman) builds a quantum computer to create a fully simulated universe where his loved ones don’t die and his consciousness can be transferred to before dying. In the final episode, Forest rejoins his wife and daughter in his version of heaven, but while he seems very happy with his situation, Forest confesses that his original plan to create a single “reality” was a failure.

Instead, the quantum computer created countless multiverses, the one we see allows the characters to live happily ever after, but Forest knows there are countless versions of him existing in the countless other simulations, many of which look more like hell. Though the show doesn’t spend a lot of time with the specifics of how the consciousness transfer works, it is heavily implied that this also is the machine’s interpretation of the characters’ consciousness via countless calculations, rather than an actual uploading process.

We don’t yet know when or if we’ll be able to upload our minds into a computer, or what the results might be. But if it looks anything like TV, eternal life will probably look a hell of a lot like regular life, including all its existential questions and economic problems.

Observation Points is a semi-regular discussion of key details in our culture.

Upload is available to stream on Amazon Prime Video.